In honor of the season, I am mixing my thrills with a lot of fright this week. Last year I read (and enjoyed) Ms. West’s Plain Jane and was even more impressed by her 30 Pieces of Silver written under her real name, Carolyn McCray. What better way to begin Halloween week than with a scary story taking place on that very evening! The timing could not be better since All Hallow’s Eve has been selected as the Bestseller For A Day on October 28th and will be available for $.99. http://bestsellerforaday.com/ 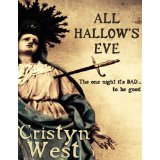 All Hallow’s Eve centers on the brutal murder of a priest in his own parish and the realization that this is actually the fourth in a series of seemingly unrelated deaths, all committed by a serial killer. Ms. West has a wonderfully creative way to tie together the killings and a potentially controversial direction her thriller could explore. My only regret with All Hallow’s Eve is that it selected, instead, the more familiar, well-trodden path of the serial slasher/thrillers. While reading the final half of the book, I could see the movie version playing in my head, a combination of Wes Craven’s Scream films and Tobe Hooper’s superior, underrated Funhouse. 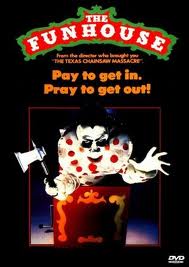 The book has parallel stories of police detectives investigating the murders and some teenage relations of the investigators preparing for a secret rave on Halloween. The party is on an isolated island and hosted by a demonic rock star. The strength of the story are the relationships, some strong, some tenuous. The fragility of their nature and their ultimate fortitude is what will appeal to many of the readers. Ms. West does a remarkable job satirizing Goth-Metal with Diana Dahmer, a thinly veiled mockup of Marilyn Manson. The media is also skewered during the festivities but not as literally as many of the teens. Warning: This novel is rather graphic in its violence, like the slasher flicks the book is paying homage to.

Cristyn West’s All Hallow’s Eve is wonderful Halloween entertainment and if you can wait until October 28th, and the Bestseller For A Day, it can be yours for only 99 cents. Wow!! That’s a lot of thrills for very little money. If you can’t wait, you can get the book now for only $2.99. Enjoy and have a Thrilling Halloween!
Posted by Thriller Rock Twitter at 1:06 PM